Diesel engines are commonly used to drive pumps, which may be a back-up measure in case the electrical supply fails.
A common example is the emergency fire pump which is installed in the basement of a large building in order to power a sprinkler system in the event of a fire.
This is subject to periodic testing, during which the exhaust fumes could be a nuisance or even trigger a smoke alarm.

Large diesel-powered pumps are also used as a back-up in the water industry and again require regular testing.
The exhaust emissions from these could be a cause for concern if the location is sensitive e.g.  a densely-populated area.
Standby-by pumps typically have long operational lives therefore it makes financial sense to upgrade the emissions control system to take advantage of the latest technology rather than replacing the whole engine.
An alternative approach is to minimise harmful exhaust emissions during routine testing only but not to make these a priority when the pump is called into action during an emergency.

Engine driven compressors are widely used in the gas industry, both at the point where the gas is extracted and also in the distribution network.
The engines are frequently large and run almost 24/7 so it makes sense to keep the exhaust emissions as low as practically possible. 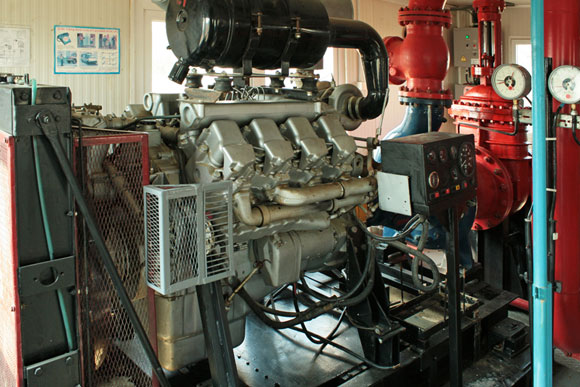