Getting a diesel particulate filter (DPF) to work reliably on a standby generator is notoriously difficult. Standby generators often run with a low load-factor, or even no load at all during routine testing. This means low exhaust gas temperatures, which are insufficient to burn off the soot collected in the DPF. Unless an external heat source is used to burn off this soot, the DPF gets blocked up and stops the engine, resulting in the generator being unavailable in the case of a mains failure. 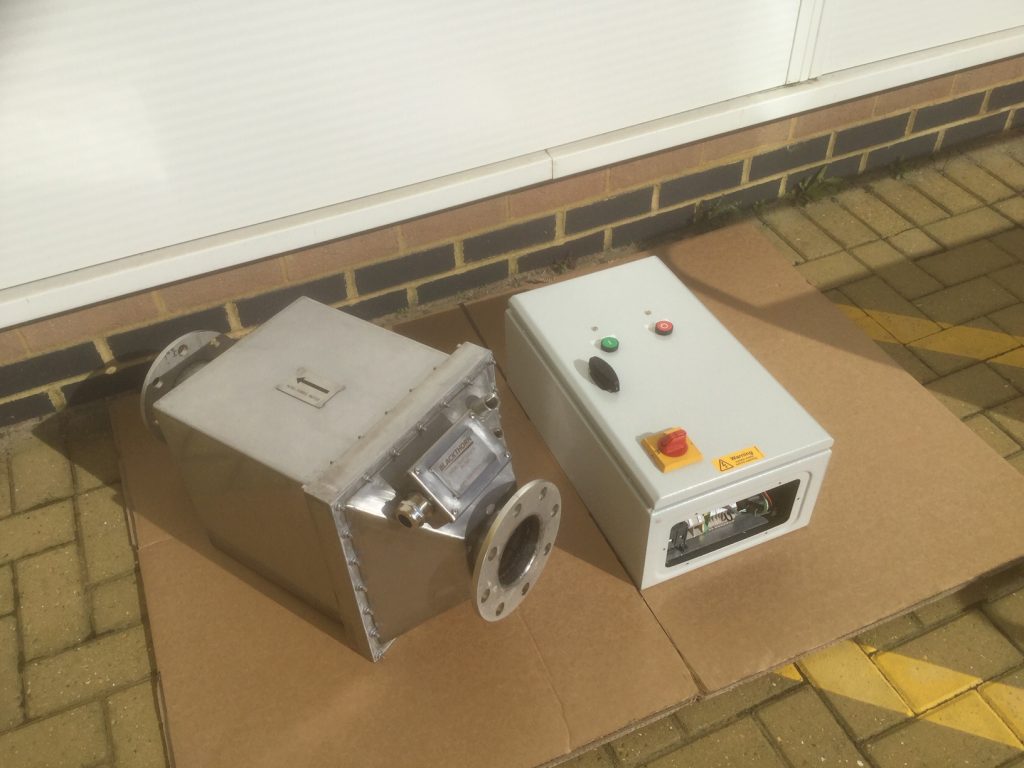 Blackthorn has many years’ experience in using ‘fibre filters’, in which a perforated metal tube is wrapped in ceramic fibres which act as the filter media. The perforated tube also acts as an electric heating element, so that when a current is passed through it, it gets hot enough to burn any soot which has accumulated in the filter. These filters require a lot of electrical power to regenerate, but this is not usually a problem in situations where generators are used.

In response to a request from a customer in Singapore, Blackthorn designed a DPF system incorporating nine filter elements, which is suitable for generators up to 50 kVa. This system comprised three pieces: the filter housing, a control panel and an air pump. The control panel was permanently connected to a 110 Volt, 50 Amp mains supply.

The advantages of this system are that it is uncomplicated, easy to install and reliable. Also, as it doesn’t need commissioning or maintenance, Blackthorn can supply it anyway in the World.